4.2. Definition of means of NCRE generation in the regulation

According to the LGSE [26], renewable non-conventional generation means (NCRE) are those that have any of the following characteristics:

Likewise, the following concepts are defined:

The classification of non-conventional renewable generators presented in the previous section, groups a set of sub-classifications to which Law 19.940, Law 20.257, Laws 20.571 and 21.118, and regulation S.D. N°88 (which replaces S.D. N°244) have conferred particular rights and obligations. Figure 21 schematically shows the different generation means and their interrelations. 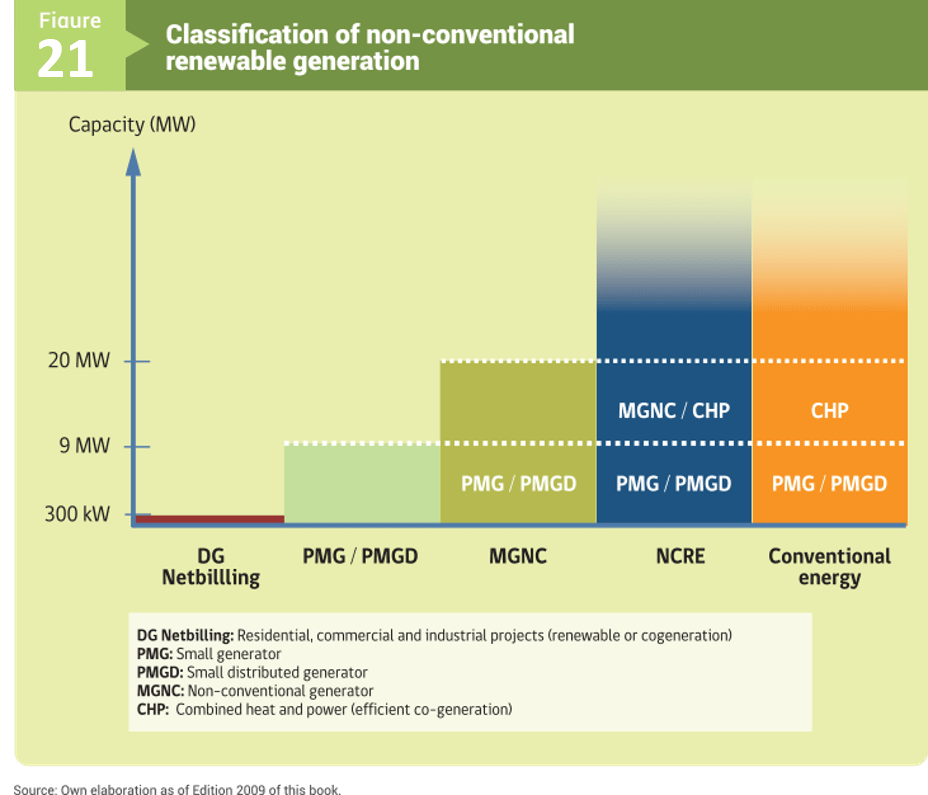